A piece of creative non-fiction, as well as some photos, as a submission for ASDay.


There are dishes piling up in the sink, a folding crate full of recycling by the door. In my room, a laundry basket overflows as it waits for me to take it to my parents for washing. I've just taken down a large garbage bag to be thrown out on my way out the door. I spent $20 of my last $35 on cat food; payday is another week away, but I think I can get by on instant noodles and frozen veggies. There's some meat in the freezer, but I might have to spend my last ten dollars to buy meat for a few days.

I was going to do chores yesterday, was going to paint yesterday, work on an assignment. However, I woke up with rain outside my window and pain pounding at my temples. A can of cola and a fist of painkillers later, the pain receded, but I was left woozy and scatterbrained. My main focus last night was to get actual food in me, which I more or less succeeded.

Right now, it's still raining, but my head isn't aching. Sleepily, I had contacted my workplace to double check on my schedule for tonight, only to be told I'm off for the weekend.

I hear children racing down the hall. I only hear my neighbours when I'm in the hall, or when they drop something overhead, or if the windows are open.  Or if one of their dogs is barking and barking and barking. I generally don't worry about the sounds I make, only when it's 3 AM and I wonder about the volume on my TV. It's peacefully quiet right now. No sounds above, below or from the sides, only the drizzle from window. That's not even a lot, since it's too cold to have it open more than a crack.

What I do hear is the elevator running, the hum of my refrigerator, the kettle on my stove. I pour myself a cup of tea and let it seep, wearily eyeing my cupboards. It's after 4 PM, and I've gotten out of bed some hours ago, but haven't eaten anything yet. I've had a shower, and haven't eaten yet.  Putting on gloves, I wash a bowl and peel a potato. Usually I just scrub the potato, but the skin makes it crispy. As the potato cooks in the microwave, I stir sugar and milk into my tea.

Maybe later tonight, I'll have some of the fish in my freezer, make a bit of pasta, microwave the leftover veggies in my fridge. But right now, I'm having a potato with a bit of butter and a cup of tea. Last night, in bed, I drafted out some of what I wanted to write. It was too late to pick up my tablet or the pad of paper on my night-stand; I was curled up with my cat, huddled together as I try to cover her with my blanket against the cold. I'm still hesitant to turn on the heater, even though it's almost November. So I lay there and dreamt up words for when I woke.

And now, with warmth in my belly and in my hands, I sit down to write. 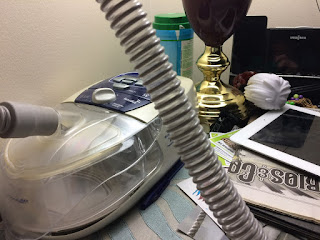 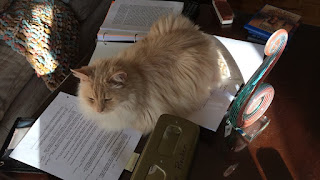 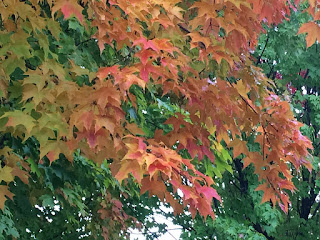 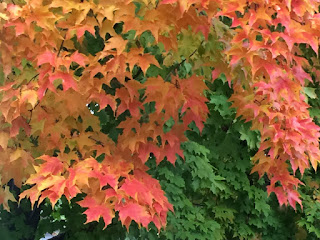 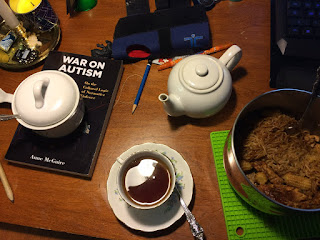 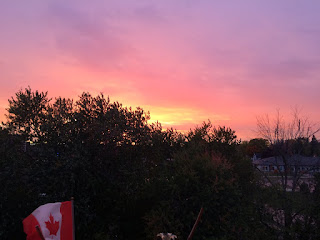 Posted by Corina Becker at 6:05 PM

Remember the Code of Conduct: Be polite, Keep on topic and no spamming please!